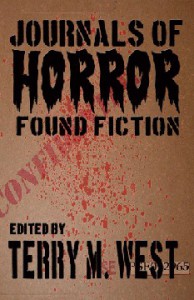 In the end, I was disappointed with this collection.

The frame story was completely awesome. I was not expecting pretty much anything that I read. The following stories, painted as "case files," were almost invariably a letdown.

Quite a few of them deviated from theme and were absolutely not believable as "found fiction" at all.

It could also have used some more editing.  The table of contents was very strange--there are about half a dozen different formats used for the titles and it looks very messy--and there were occasional typos throughout, though admittedly nothing that made it unreadable.